Volunteers go above and beyond!

Three volunteers go above and beyond in serving the four-legged members of their community.

Sheboygan, WI – After finding their beloved cat Clapton was missing from their home, Nolan and Julie Caswell were devastated. Thankfully, a trio of stellar volunteers would come to their rescue.

One morning Julie and her husband stumbled upon an absence lingering in their household. Not quite being able to put their finger on the emptiness, they continued on with their daily routine. It wasn’t much later that one of their two cats, Jackson was creating an unusual amount of ruckus, it was then that Julie was certain something was amiss. When was the last time she had seen her other beloved cat Clapton? She recalled his presence just the day before but now he was nowhere to be seen. After tearing the house apart in search of the kitty, she and her husband were certain that Clapton had performed a disappearing act. The realization was stomach-churning, but Julie had a plan.

Since both cats had recently been adopted from the Humane Society of Sheboygan County, both were equipped with microchips. After listing her feline as Lost on the microchipping website HomeAgain, the Humane Society of Sheboygan County volunteers received an alert that Clapton’s new family was missing one of its furry members. Empathizing with Julie and Nolan’s distress, and not being the type of people to turn a blind eye, volunteers Vicki Dickman, and wife and husband Connie and Bill Meyer set out on their selfless mission. The search stretched from minutes to hours, and hours to days. Finally exhausted, the volunteers turned in for the night and promised to return in the morning.

The sound of the doorbell woke Julie and Nolan before the morning sun. The early riser at the door was none other than volunteer Bill with an expression that looked hopeful clinging to his face. Incredibly, he had located the missing cat in a garage not far from the couple’s home. Thankful that his adventure was finally over, Clapton showed his thanks by curling up next to his feline companion Jackson, and settling in for a cat nap.

As the shelter pushes forward in its capital campaign towards the goal of a new facility, it can be expected that it will be looking to increase its number of volunteers. The new shelter promises to double in size, and comfortably house substantially more animals than the current facility, making it necessary that the shelter boost its volunteer base. “If anyone in our community has ever had interest in volunteering with us, now would be the most optimal time to begin” explains Kim Diedrich, “we foresee and welcome a greater challenge as we prepare to break ground on the new facility, and we plan to hit the ground running with many new hands on deck”.

To find out more about volunteer opportunities, please visit the Humane Society of Sheboygan County’s website: adoptsheboygancounty.org and click the volunteer tab.

Since 1964, the Humane Society of Sheboygan County, an independent nonprofit, has been dedicated to its mission: prevent cruelty to animals, relieve suffering among animals, and extend humane education. It is Sheboygan County’s only open admissions shelter and depends on public support for its programming. The Humane Society of Sheboygan County focuses on accessible spay and neuter programs in an effort to beat animal population at its core. Creative adoption efforts and dozens of programs provide support for overlooked animals and work to place homeless animals into loving families. To learn more, visit https://adoptsheboygancounty.org/. 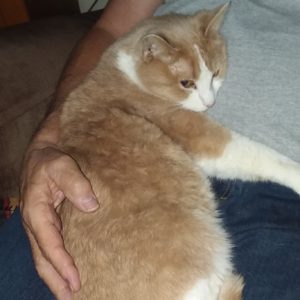